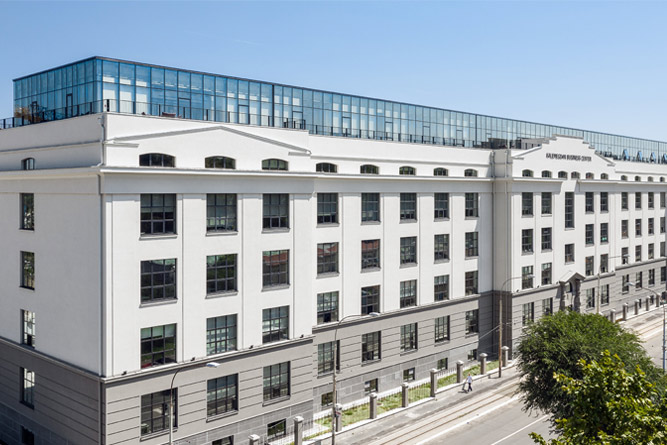 Belgrade June 23rd, 2021. - Marera Investment Group, with its subsidiary Marera Properties, is the only commercial real estate investment company in Serbia that has received a long term rating score from the prestigious S&P Global Ratings agency. According to the S&P May 2021 report, Marera is a company with the growing potential due to its diversified portfolio, new acquisitions, high percentage of tenant occupancy, strong market position and proved operating performances.

“Marera’s portfolio benefits from good tenant diversification and the good quality of its office assets, mainly in and around Belgrade city center,” the report states.

S&P Global is an American credit rating agency, and one of the three most influential world agencies for credit ratings assessment. S&P issues credit ratings for public and private companies as well as states and state entities. In December of last year, Serbia was affirmed the previously issued BB+ rating.

“We are very proud of the fact that as a relatively young company we have been recognized by the global rating agency, which allows us international recognition and credibility. The rapid expansion and ambitious plans in terms of our positioning on the local market, as well as the world-class standards that we incorporate in our business practices, have contributed to us becoming the first company for commercial real estate investments that has received the B- credit rating score only a few years after it was established,” said Milana Sreckov, General Manager of Marera Properties.

Marera Properties, established in 2009, is a real estate company engaged in the acquisition, development, leasing and management of commercial properties. Over the last three years, Marera has developed a portfolio value of more than 145 million euros, which makes it one of the top investors on the Serbian real estate market. The portfolio consists of more than 200.000 m² office, retail, and industrial objects across the country. A special focus is on the office space in attractive locations in the core city center. With the recent acquisitions of the landmark buildings Palata Beograd and BIGZ, and following their reconstruction, Marera will significantly bolster the offer of A class office space in the country’s capital.

Find your office, industrial or retail space today in the most sought after business locations.